From White City to War
Bristol 2014

I was commissioned to produce a short graphic story for The Great Reading Adventure 2014, to commemorate the centenary of the outbreak of World War One. It is a fictional story, based in Bristol, inspired by the huge White City Exhibition. White City was a temporary attraction which comprised of (among other things), a false castle, a recreation of Shakespeare's England, costume parades, exhibits from across the British Empire, and circus acts. I was intrigued by this fascinating piece of local history, especially because almost no visible sign of the exhibition complex remains at the site now. In the lead up to World War I, White City was used as a barracks,to prepare local recruits before they departed for further training elsewhere in the country.
You can see my comic below, which was printed in the Great Reading Adventure free book, available from Bristol Libraries and across the city in the centenary year.
I made a special blog to document this project, which you can see by clicking here.
I was asked to talk about my work on the project at the Watershed, alongside political cartoonist Steve Bell who had also contributed a piece. 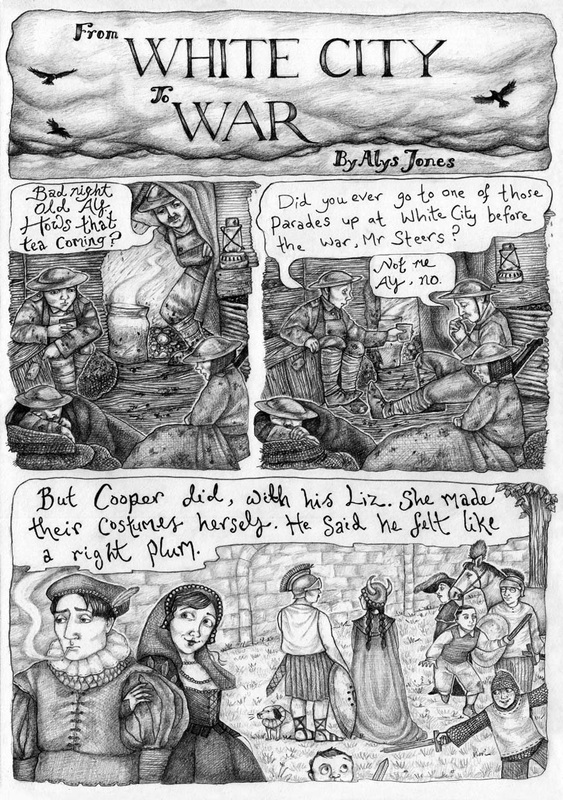 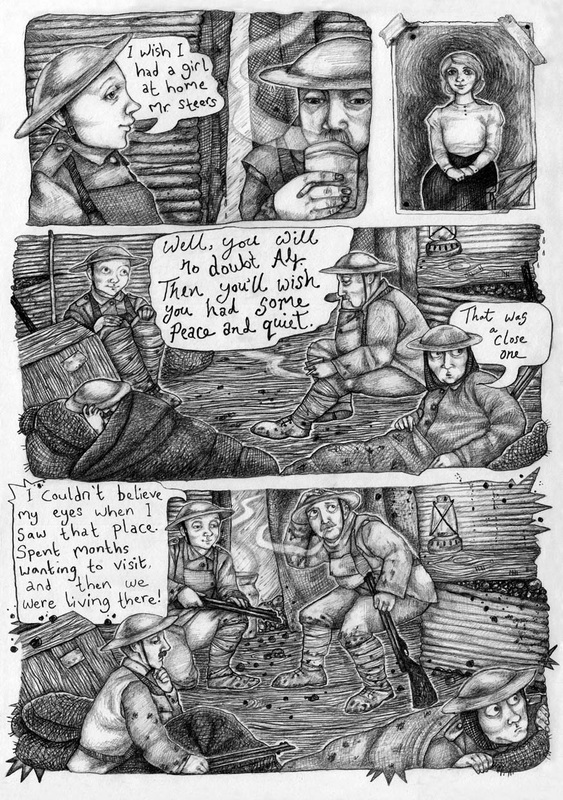 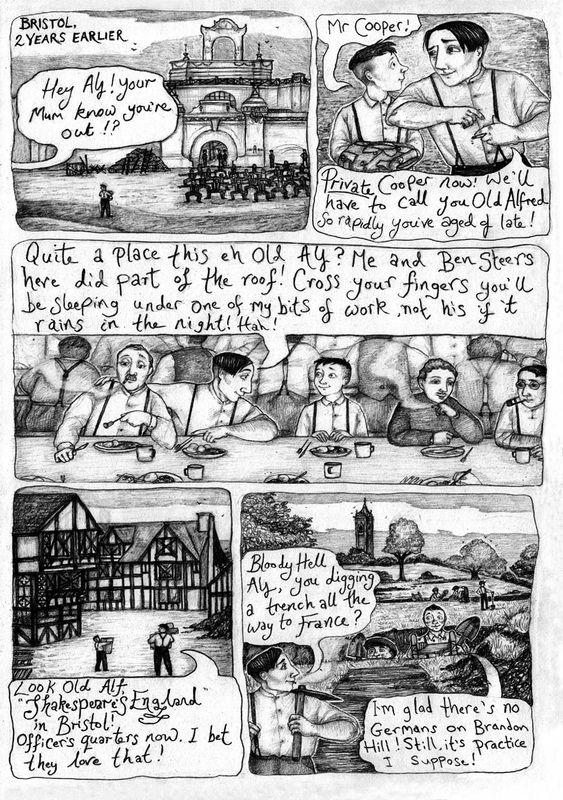 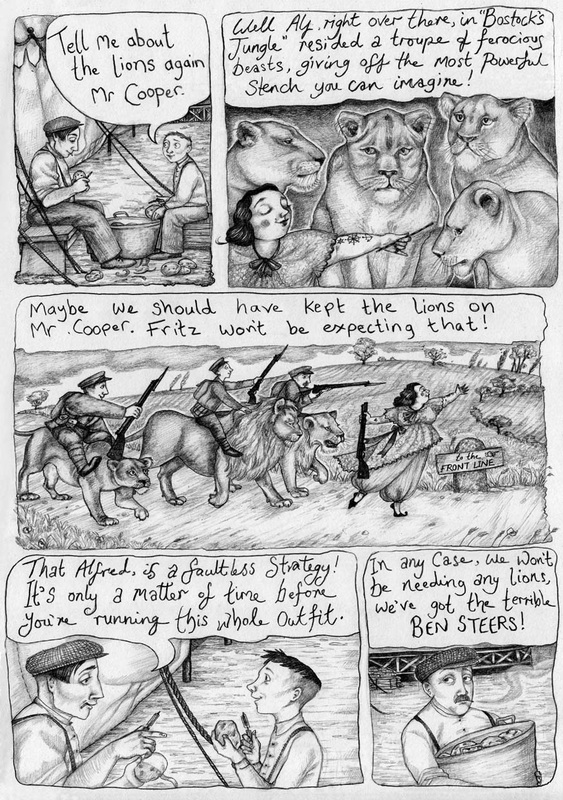 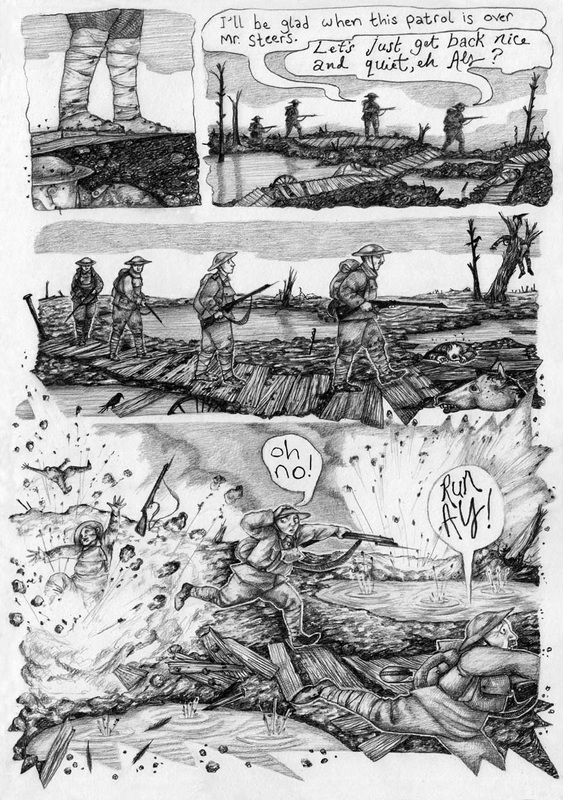 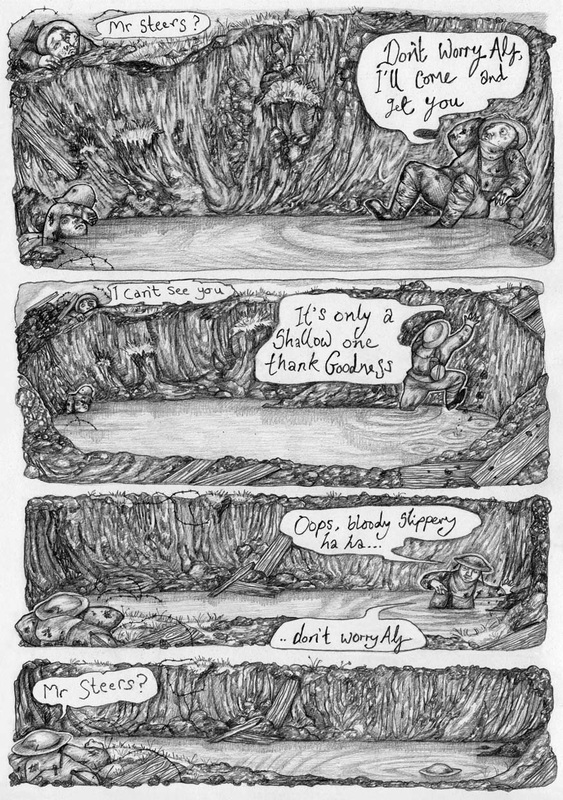 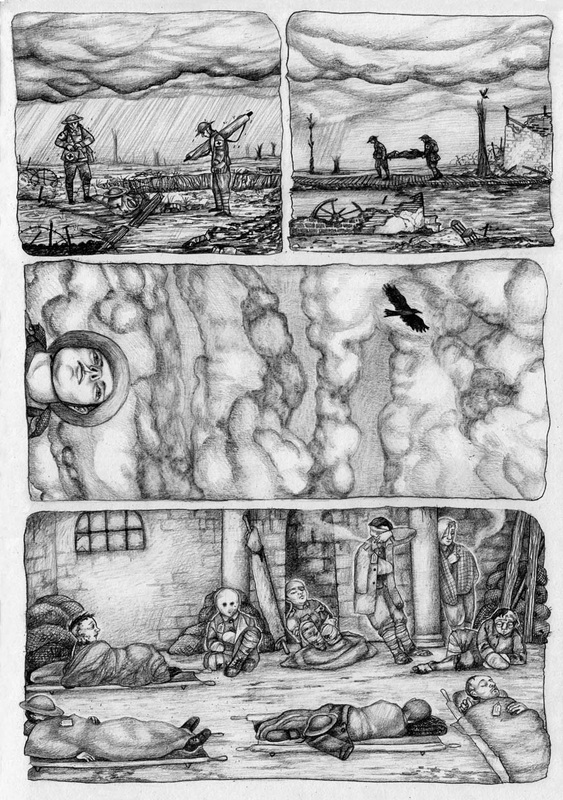 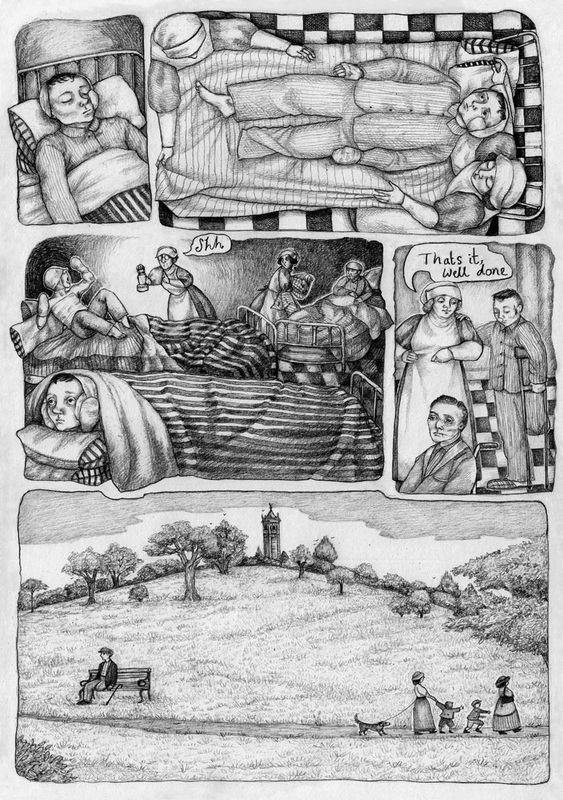 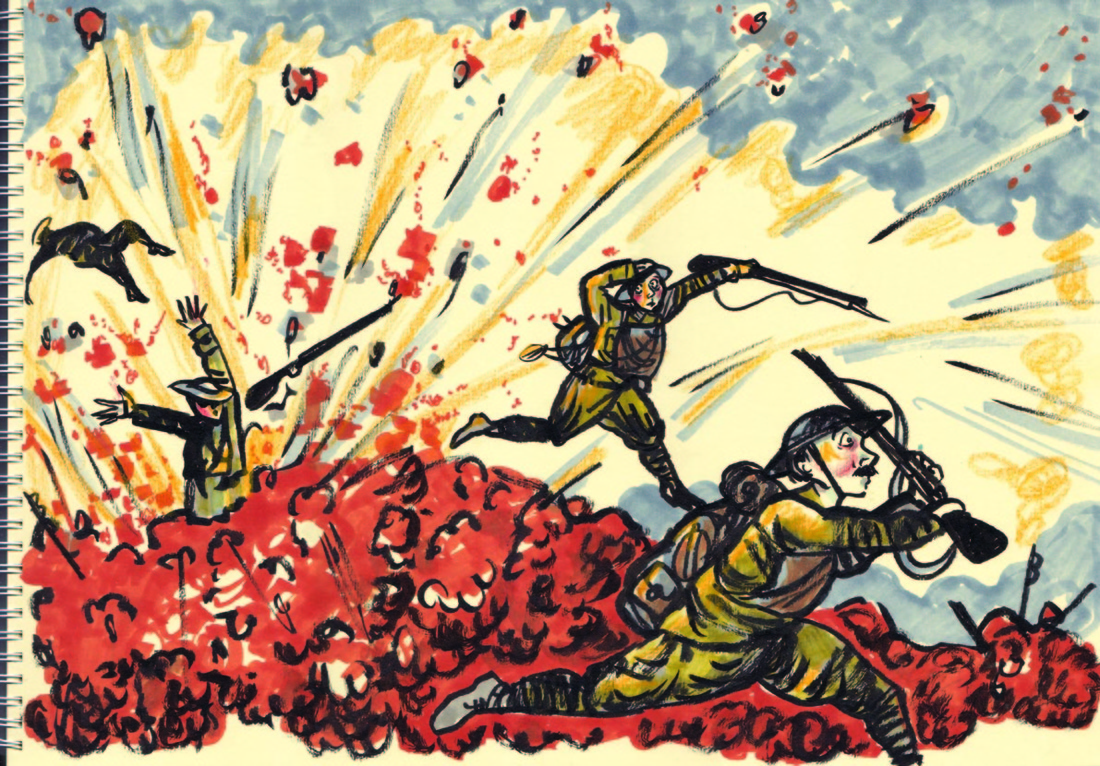